The Antidote to the She-Cession

Engaging and empowering women employees should be a core brand value

Trinity Gilfoy Reding is vice president of client engagement at Long Dash. She formerly held roles at The Advisory Board Company and Gartner. 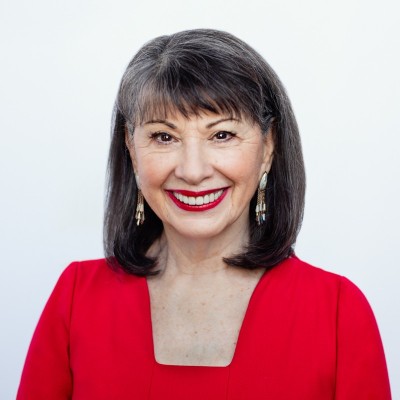 In the wake of the she-cession and pandemic-related disruptions to the workforce, the way women experience the workplace has taken on a new sense of urgency. Businesses need to understand what it means to engage women employees as a core value and to be intentional through it all. Trinity Gilfoy Reding, vice president of client engagement at Long Dash, interviews Gloria Feldt, former CEO of Planned Parenthood Federation of America and cofounder and president of workplace gender equity organization Take The Lead, to explore what it will take for businesses to retain female talent. In the interview, she speaks on findings from her recently published book “Intentioning” and her 9 Leadership Intentioning tools in the book. Learn more at www.intentioningbook.com.

This interview has been edited for brevity and clarity.

Trinity Gilfoy Reding: Every brand right now is struggling to retain their talent. Women, in particular, have been leaving the workplace in droves throughout the pandemic. Why do you think this is happening?

Gloria Feldt: Women have been the majority of frontline workers and they have been paid less for their work. This is even more true when we talk about women of color. Women are also typically the main caregivers in families. On the opposite end of the spectrum, there are women who can afford to step out. Many are simply rethinking their lives and asking the question, “Is this how I want the rest of my life to be?” I think companies’ biggest competitor for those women is not another company but the fact that they’re likely to start their own businesses.

Trinity Gilfoy Reding: It seems simple at its core, but what you’re saying is employers need to think about treating their employees like humans. What makes you feel so optimistic that companies will actually understand what it means to do this?

Gloria Feldt: If companies want to stay competitive, they’re going to have to make significant adjustments. Today’s institutions of work were designed by men for men, largely white men, who had women and people of color at home taking care of the house and the children and the farm and the daily business. That is simply no longer even functional because very few households fit that model anymore.

The economic imperative now will be that they will change more quickly. I’ve never in my lifetime thought that I would hear the words, “childcare” and “infrastructure” being spoken in the same sentence in Congress. The fact that we are talking about it in those terms signifies that there has been a very large ground swell and a tectonic shift.

Trinity Gilfoy Reding: What do you think are some of the defining traits or characteristics of an employee experience that is honest about supporting a more diverse workforce as a core value?

Gloria Feldt: It’s an experience that acknowledges that when people feel like they can be whole human beings at work, they do better work and are more productive. Unfortunately, I think what many leaders fear, and rightly so, is that they know their charge is to make money for the company and their shareholders, and that drives their incorrect assumption that they must operate in a controlling manner. That’s how power has been defined—the power over others.

I’ve started to see more women inclined to say, “I want the power, too. But I want the power ‘to do’ something, not power ‘over’ something. So the next question becomes, “The power to do what?” That’s where my recent book and concept of “intentioning” comes from. It’s the answer to the question, “The power to do what?” We needed an action verb. Intention is a wonderful word, but it’s a noun. And since I wanted a verb, I made the word “intentioning” up.

Creating a better employee experience starts with the individual. If you don’t start from a framework where you realize you have the power to do things, and you set your intentioning to create a path to get there, it’s harder to make those changes.

Trinity Gilfoy Reding: Why do you think that such an employee experience is not the reality today already?

Gloria Feldt: When things don’t work it’s largely because there isn’t a real commitment from the CEO. What makes it work is having that commitment from the CEO, because culture is formed from the top. One of the reasons that DEI programs have failed so often is that there’s a lot of talking and not much doing. Companies create employee resource groups but give them no money or resources for programs and personal development. And women have accepted that through the years. I mean, women just will go ahead and do the work themselves.

Gloria Feldt: That’s right. It’s unpaid work, it’s extra work. You’re doing it in addition to your job. And then you’re going to get judged on what you did in your job, not on that extra work. I say to women—and lots of men actually—knowing what not to do is just as important as knowing what to do. And I also talk a lot about the importance of learning to modulate confidence. On the one hand, you don’t need to know all the answers to the point of being arrogant. On the other hand, you’re only going to grow and stretch if you push the boundaries of your confidence. I think confidence is something you gain like you build your muscles at the gym.

Trinity Gilfoy Reding: The companies who are doing well in the pandemic, as it relates to issues like retention and thinking about employees as humans, were probably already doing it well before, right? Because, to your point, this is not something where a company can flip the light switch and suddenly everyone feels like the company sets a good standard for culture.

Gloria Feldt: For some companies, it’s easier. Usually, they’re big enough and they’re resourced enough that they can allow a lot of flexibility. For example, I understand that female attorneys in DC are able to send their kids to their office daycare. Many of the really big tech companies have the flexibility, again, because they have the resources to be able to allow those things to happen. We need to hold them up as being the model and make it financially possible for others to follow suit. I believe the disruption caused by the pandemic is forcing innovation and change that will be all to the good.

Trinity Gilfoy Reding: Any trends that you’re keeping an eye on? Any predictions about what you think might happen with women in the workforce?

Gloria Feldt: I do think that the trend in the corporate world is going to be oriented toward more flexibility. That will be a very good thing for everybody, including the bottom line. I would also add the huge explosion in entrepreneurship by women. We are finally seeing some women take their companies public at over a billion dollars valuation. And many women are growing the midsized companies that will be the next wave of large ones.

Gloria Feldt: If you look at the intellectual and technological value of what women are doing right now, you’re going to see they need to be funded. And those may be the women who will be the Steve Jobs of the next generation.

Trinity Gilfoy Reding: Thank you so much for the conversation, Gloria. It’s been a pleasure.

Brands: Don’t guess who your audiences are

This website stores cookies on your computer. These cookies are used to ensure this website functions correctly, to collect information about how you interact with our website and allow us to remember you. We use this information in order to improve and customize your browsing experience and for analytics and metrics about our visitors. You may reject all non-essential cookies by clicking “Reject” on the right. To find out more about the cookies we use, see our Privacy Policy for more details.