An interview with career revolutionary Minda Harts on what it will take for women of color to overcome the workplace odds.

Kate Watts is CEO of Long Dash. She formerly founded Faire Design and held the role of president, U.S. at the global agency Huge. 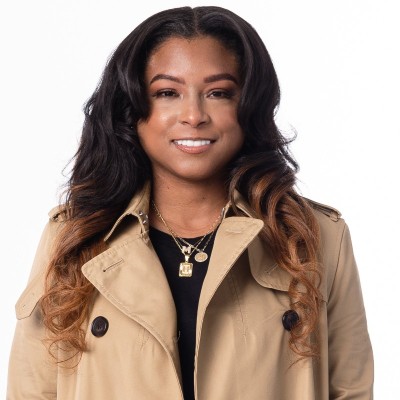 Harts recently spoke with Kate Watts, CEO of Long Dash, to discuss what it will take for women of color to overcome these workplace challenges.

Kate Watts: In your book, The Memo, you speak from personal experience about how it’s a struggle to be a woman of color in a predominantly white workplace. Can you describe some of the challenges facing women of color in the workplace?

Minda Harts: One of the challenges is that you are often working as the only Black woman in a workplace. I was one of the only Black women in my office, and race was something that no one in my office was comfortable talking about. I had to be somewhat invisible or try to assimilate. Some of my colleagues would say things like, “Oh, you’re not like the other Black people.” When you hear things like that constantly, you think maybe you shouldn’t come to work as your authentic self.

Another challenge is language. There are a lot of jokes and microaggressions being used. You hear things like, “I’m colorblind,” or, “the angry Black woman.” When it comes to language related to women of color, it’s boiled down to, “You’re taking it the wrong way. You’re being sensitive.” We’re never given the opportunity to shed light on truth, what our truth is, and what our lived experience is.

The wage gap for Black, Latina, and Indigenous women is also worse than it is for white women and Asian women. Even gender diversity initiatives tend to skew heavily toward the benefit of white women. Fortune magazine put out a Fortune 500 CEO list in May, and its 37 women CEOs is the most it has ever been in the Fortune 500. But none of those are Black or Latina women. We’re missing from the table.

Minda Harts: One of the examples I use in my book is my manager seeing that I had burnt orange fingernail polish on. He made a joke with another colleague standing there, saying that Black people love bright colors. He went on for fifteen minutes about Black people loving bright colors, saying “you people” this and that. There was another example where we had a team potluck and everybody’s like, “I know what Minda is going to bring, she’s going to bring the fried chicken.” So it’s things like that.

You might think it’s funny, or that you’re just playing around. But at the end of the day, that harm that you didn’t mean—it affects me. We put language in a pretty box of microaggressions because that seems more palatable for some groups, but I think if we want to be anti-racist, we have to actually call things out that are racist.

Kate Watts: You write, as a woman of color, “we keep pushing forward and believing that if we work harder maybe things will open up for us. We can no longer subscribe to this outdated mindset.” What does it actually take for women of color to secure a seat at the table? And what can leaders do to support that?

Minda Harts: Many of us, as women, think there’s a meritocracy inside of the workplace—that if you work really hard, you get your seat at the table, or you get the promotion. But when it comes to women of color, we can work as hard as we want and still not have that opportunity. If we don’t have the right networks, or if we didn’t go to the school that hiring managers were looking for on our resumes, then we don’t get the opportunities that some of our counterparts get.

Solutions are going to require leaders to expand what their privilege encompasses. I think there’s a scarcity mindset that “I don’t want to give up my seat for this Black woman.” I’m not saying give up your seat. I’m saying be intentional. Put metrics in place that track the retention and advancement of women of color. Once we’re able to see some of those statistics, we can create an actionable plan to make sure that we’re represented at all levels of the organization.

Representation matters most to the people who are not represented. Even now, as a lot of leaders are having conversations around diversity, equity, and inclusion, many of us are not even at the table to talk about what the possible solutions are going to be.

Kate Watts: Following up on that point, many companies right now are speaking out about DEI in the workplace in ways that they haven’t before. What is your take on these responses and the extent to which they are performative versus coming from a place of integrity and honesty?

Minda Harts: I’m happy there are companies that are talking about this, because we’ve seen racial unrest in the past and it didn’t move companies to make statements like they are now. I think something has shifted. So I appreciate the words, but I don’t want it to be just a PR thing. I really hope that there are some actionable next steps that we hold our leaders accountable for.

For a lot of those companies, I do think it is a PR stunt. They say that Black Lives Matter, but what about the Black talent that is inside their companies? Do they feel their lives matter? As leaders, we have to take a hard look and see what role we play in stopping the advancement of talented Black and brown employees.

Other companies actually put out a really robust plan saying, “Here’s what the next year looks like, and here’s who we’re working with to get these things done.” I think those will be the winners at the end of the day.

Kate Watts: We’ve been talking a lot about how this isn’t just a moment—this is a very delayed and late movement. How do you continue to keep that pressure on internally now that all the statements have been made?

Minda Harts: It shouldn’t just be the Black employees holding leadership accountable. It should be every employee that cares about equity inside the workplace.

One thing I worry about is that we’re not creating a safe space for Black employees to be able to speak up on things that really matter without any backlash. I hope that when companies do listening tours and bring the council together, that they’re really listening to what’s being said and asking the right questions.

Our allies in the workplace should be the ones to go to the leadership and say, “Hey, I care about this. I want to be a part of this, too.” The heavy burden shouldn’t be just on all the employees of color. We have to lean into our courage right now, and that requires every employee that cares about equity. It can’t just be my fight. It has to be our fight together.

Kate Watts: What are some of the traits of leaders who can be part of the movement? You just mentioned courage. What are some others that would be really useful for business leaders?

Minda Harts: Self-actualization and self-awareness are really important. Every one of us is a leader in some capacity, with or without the title. You can have the employee resource groups, you can have the councils, but the people around the table making decisions—have they looked inside and asked, “What has been my role in this?” Have they made some apologies and said, “Here’s what I commit to going forward?” It’s contagious if you have a whole group of C-Suite executives or managers or senior directors that are leaning into their courage and being self-aware of what role they’ve played in perpetuating a racist system, intentionally or unintentionally.

Leaders can also empower their HR departments to make sure they are meeting the metrics for diversity and inclusion. And lastly, they can be an advocate inside the workplace. You can’t scale diversity without investment. A lot of companies are writing external checks, but they’re not writing that check to the employees inside the company.

This is a marathon. If we don’t do the work now, then nobody benefits.

How TikTok created the ‘Everyday Influencer’ and why brands should care

The hidden community in your loyalty program

Why you’re probably not paying your social media manager enough

This website stores cookies on your computer. These cookies are used to ensure this website functions correctly, to collect information about how you interact with our website and allow us to remember you. We use this information in order to improve and customize your browsing experience and for analytics and metrics about our visitors. You may reject all non-essential cookies by clicking “Reject” on the right. To find out more about the cookies we use, see our Privacy Policy for more details.